Yavuz Sultan Selim is one of the most important rulers of the Ottoman Empire, perhaps the first. In a short period of time, the state has enlarged its borders nearly three times and brought it to the peak period with its applications. With his victories over the Safavids and Mamluks, he solved the eastern problem to a great extent and secured the borders of the state here. By ending the 750 years Abbasid caliphate, he took this task over the Ottoman dynasty. The most important advisors and supporters of the Shiite issue and the Egyptian issue were the Grand Vizier Piri Mehmed Pasha and Zenbilli Ali Efendi, the two and three numbers of the Ottoman Empire, who were members of the Jamali Family. With the support of these two statesmen, he brought the state, which came to the point of disintegration under the Shiite threat, back to the top with radical solutions, and made it the world's largest state. Although he was one of the toughest rulers in history, he had generally a respectable communication with Piri Mehmed Pasha and Zenbilli Ali Efendi. The reason for this respect must be their endless efforts for the survival of the state as respected members of a scholarly family. In fact, the Safavids were more dangerous for the Ottomans than the Timurian invasion, which had previously brought the state to the brink of collapse. Because they were supported wholeheartedly by the nomadic Turkmen in Anatolia. However, the measures taken in the administrative, religious and mystical fields with the contribution of Yavuz assigning members of the Cemalî Family, who knew the magnitude of the danger very well, prevented the spread of this danger. Especially Halvetîlik, which we can call the order of the Cemali Family, served as a protective vaccine against the spread of Shiism in Anatolia. 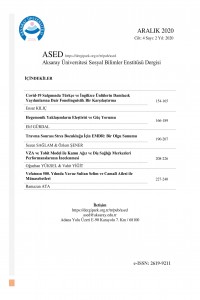